App developers long considered the “pay once and play” model — in which users pay up front an app and aren’t prompted to make in-app purchases — the best way to generate revenue. But as more “free-to-download” apps entered the market, users increasingly opted for these experiences. These apps offer microtransactions for in-app goods and services, and in-app ads.

As the app ecosystem expands further, it will become increasingly challenging for developers to compete in a crowded market. Overall, global gross app revenue will double to reach $102 billion by 2020, according to recent projections by App Annie. As a result, app monetization strategies need to shift at least as quickly as consumer trends and preferences in order for developers to capture a piece of this growing market.

A new report from BI Intelligence explores the top app monetization strategies under user- and advertising-paid approaches, and the growing combination of both. We will also look at emerging trends that could help developers navigate the fiercely competitive app ecosystem, and address the potential barriers that developers will have to overcome to reap the benefits of the multi-billion dollar market.

Here are some of the key takeaways:

In full, the report: In a memo to Uber employees posted to the company’s blog, CEO Travis Kalanick has apologized for his behavior in a leaked video showing him fighting with an Uber driver over falling fares in February.

“My job as your leader is to lead…and that starts with behaving in a way that makes us all proud. That is not what I did, and it cannot be explained away,” Kalanick writes. “This is the first time I’ve been willing to admit that I need leadership help and I intend to get it.”

In the dashcam video, Kalanick gets into a heated discussion with Uber driver Fawzi Kamel, with the CEO ultimately telling him that “Some people don’t like to take responsibility for their own s—. They blame everything in their life on somebody else.”

Here’s the full text of Kalanick’s memo, as shared by the company to its blog:

By now I’m sure you’ve seen the video where I treated an Uber driver disrespectfully. To say that I am ashamed is an extreme understatement. My job as your leader is to lead…and that starts with behaving in a way that makes us all proud. That is not what I did, and it cannot be explained away.

It’s clear this video is a reflection of me—and the criticism we’ve received is a stark reminder that I must fundamentally change as a leader and grow up. This is the first time I’ve been willing to admit that I need leadership help and I intend to get it.

I want to profoundly apologize to Fawzi, as well as the driver and rider community, and to the Uber team.

Uber’s very bad year is continuing as more evidence of a toxic work environment, starting at the top, comes to light. 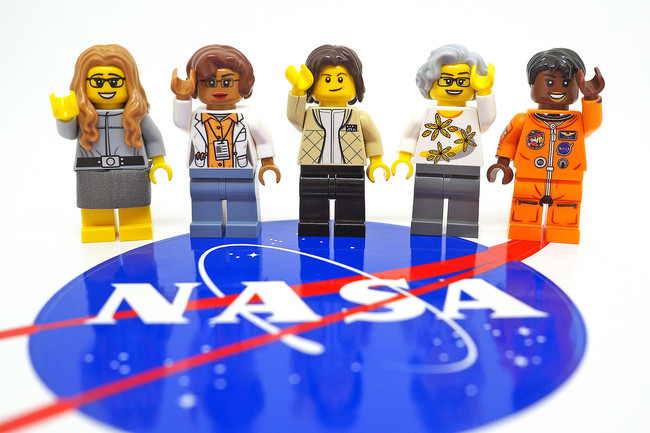 Tesla rebuffed a female engineer’s allegations of sexism and harassment in a statement Tuesday, saying an investigation found the claims to be unsubstantiated.

The allegations, by AJ Vandermeyden, were made public by an article in The Guardian. Vandermeyden, who still works at Tesla, says that she was denied promotions despite being as or more qualified than male coworkers and received lower pay.

Vandermeyden, who filed a lawsuit against Tesla, also claims that she experienced “unwelcome and pervasive harassment by men on the factory floor including but not limited to inappropriate language, whistling, and cat calls.”

Tesla denied the allegations in a statement Thursday, noting that an inquiry that concluded March 2016 found the claims to be unsubstantiated. The 2016 investigation was conducted by Anne Hilbert, a partner at Employment Matters Counseling & Consulting, a law firm in Palo Alto, California.

“Tesla is committed to creating a positive workplace environment that is free of discrimination for all our employees. Ms. Vandermeyden joined Tesla in a sales position in 2013, and since then, despite having no formal engineering degree, she has sought and moved into successive engineering roles, beginning with her work in Tesla’s paint shop and eventually another role in General Assembly.”

“Even after she made her complaints of alleged discrimination, she sought and was advanced into at least one other new role, evidence of the fact that Tesla is committed to rewarding hard work and talent, regardless of background. When Ms. Vandermeyden first brought her concerns to us over a year ago, we immediately retained a neutral third party, Anne Hilbert of EMC2Law, to investigate her claims so that, if warranted, we could take appropriate action to address the issues she raised.”

“After an exhaustive review of the facts, the independent investigator determined that Ms. Vandermeyden’s ‘claims of gender discrimination, harassment, and retaliation have not been substantiated.’ Without this context, the story presented in the original article is misleading.”

Therese Lawless, a partner at the law firm Lawless & Lawless who is representing Vandermeyden, said the investigation’s findings were not entirely accurate.

“It is my understanding that, at least from what I can tell, the investigation, parts of it, are inaccurate and it appears that information was selected in terms of what was given to the investigator,” Lawless told Business Insider.

Vandermeyden made her allegations to Tesla’s legal department in September and October 2015.

Tesla wrote in its statement that after making those allegations, Vandermeyden was advanced from a manufacturing engineer in the general assembly department into a new role in the purchasing department, which should serve as “evidence of the fact that Tesla is committed to rewarding hard work and talent.”

Lawless, however, said after Vandermeyden made the allegations, she voluntarily left the general assembly department and took a new role in the purchasing department where she is still paid less than male counterparts.

SEE ALSO: A female engineer is suing Tesla for alleged sexism and harassment

NOW WATCH: Elon Musk came up with an ingenious solution to a Tesla owner’s Twitter complaint in just 6 days

Short Bytes: The American robotics company Boston Dynamics is testing a new 6.5 feet tall robot known as Handle. The electric-powered robot is capable of moving at 9 mph up to a distance of 15 miles in a single charge. It moves forward using wheels and uses its arms to lift things. Also, Handle can […]

The post Boston Dynamics Shows Off New Robot ‘Handle’ That Jumps Like A Pro appeared first on Fossbytes.

Many Fox News viewers turned against the Hollywood elite on Sunday night, helping to drive down ratings for the Oscars, according to a report by analytics firm Samba TV.

Samba TV did an analysis of which heavy cable news watchers didn’t tune into the Oscars this year, after watching in 2016, and found that 48% were Fox News viewers, 30% were CNN viewers, and 15% were MSNBC viewers.

In all, according to Nielsen ratings data, 32.9 million people watched the ABC broadcast. That’s compared to the 34.4 million viewers who watched last year’s broadcast. So total viewers dropped by 4%, but in the advertiser-coveted 18- to 49-year-old demographic, there was 14% drop in ratings year-over-year.

“New viewers are showing up to the Oscars, but not enough to replace all the Fox News people who are tuning out the celebrities,” Samba TV CEO Ashwin Navin told Broadcasting & Cable.

Hollywood has had a contentious relationship with President Trump, and has often seemed to be in open war with him since he took office. Trump and acting legend Meryl Streep have exchanged barbs, with Trump declaring her “one of the most over-rated actresses” in a tweet, after Streep lambasted him in a Golden Globes speech.

At the Oscars, host Jimmy Kimmel took repeated shots at Trump, and even tweeted at him at one point during the broadcast.

It’s good to note, however, that politics can’t entirely explain the ratings drop. Not only has there been ratings pressure on many live TV “must-see” events, like the Olympics and the VMAs, but the Golden Globes, which felt equally antagonistic to Trump, saw an uptick in ratings this year.

NOW WATCH: Why there are small bumps on the ‘F’ and ‘J’ keys of every keyboard